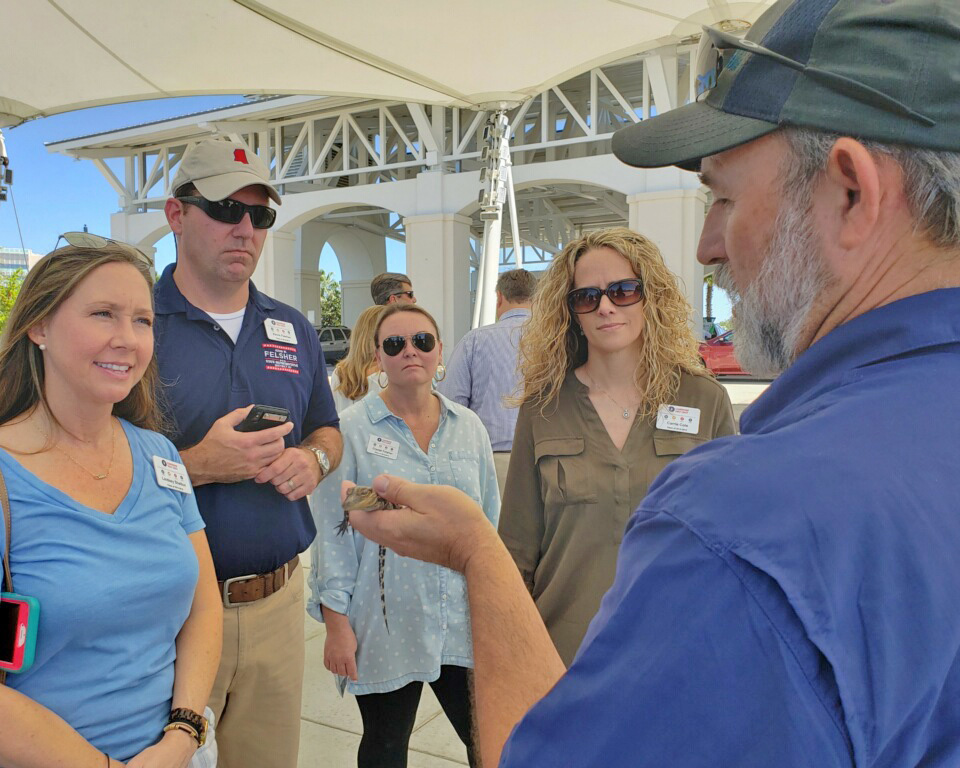 “We are Champions, We are Defenders, We are Protectors.”  This statement may seem like a super-hero movie coming to your local theater, but it really describes the thousands of aquarium and zoo animal care professionals that unselfishly work to protects wild animals and wild spaces.  They are the true super-heroes of the earth!

In 2007, Congress declared the 3rd week in July as National Zoo Keeper Week (NZKW). Because of this, we get to celebrate the thousands of men and women who dedicate themselves to professional animal care in our nation’s zoos, aquariums and wildlife centers.

Today’s animal care professionals are doing more than just feeding and cleaning up after the animals - We are Saving Animals From Extinction through a program with the Association of Zoos and Aquariums (AZA) called AZA S.A.F.E.   Animal care professionals spend time outside their regular day coordinating efforts to protect and save some critically endangered species threatened with extinction.  This is a daunting task, but great strides are being made.  Some of the species we are working to protect include sea turtles, vaquita, sharks and rays, western pond turtles, giraffe, whooping cranes, Asian elephants, black rhino, cheetah, African penguins and many more species.  Mississippi Aquarium supports many of these programs. I personally work as a project coordinator for African penguins, a species threatened with extinction in the next 15 years.

The term “Zoo Keeper” has many different meanings and is considered and old term at times. Others words used to describe us include aquarists, biologists, aviculturists, herpetologist and animal technicians.  But most importantly we are animal care professionals! Whatever you call us, please recognize us as passionate and dedicated professionals. Animal care professionals are highly educated and disciplined in more than just the biology of animals.  Our day is more than just preparing food and washing windows -  We may be involved in environmental enrichment, exhibit design and landscaping, administering medical treatments, or training.  We are ‘jacks of all trades.” Keepers are dietitians, carpenters, designers, horticulturists, public speakers and educators.  We are population managers and stewards for the environment.  We travel to range countries where animals live: from South Africa to the Mississippi Gulf Coast.  We work with our colleagues from state and federal agencies and local governments to protect species, as well as the other plants and animals that live in that ecosystem.

At Mississippi Aquarium, we are proud of the contributions our friends and fellow biologists have made for the preservation of species.  They work on committees for the management of the North American populations of animals, preserve of our local waterways and wetlands, develop guidelines for care of captive wildlife and they work for the conservation of habitat and ecosystems for wildlife where they live.

Join Mississippi Aquarium in celebrating National Zoo Keeper Week 2019 and recognizing the over 3,000 men and women who are dedicated to exceptional standards in animal care, wildlife conservation and public education.