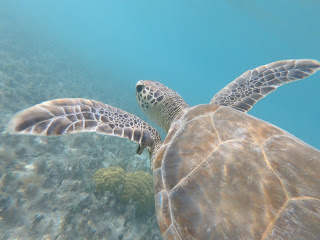 In 1973 the Endangered Species Act (ESA) was enacted as a program to help save threatened and endangered plants, animals and the habitats in which they are found. There are over 1,300 listed species in the US and 85 of those can be found in Mississippi. Numerous government and NGO groups are working to help these species avoid extinction and accredited zoos and aquariums play an especially critical role.

Even before we open to the public, Mississippi Aquarium has already initiated several field research projects to help save and protect Mississippi endangered species including projects with the Great hammerhead shark and sea turtles! Mississippi Aquarium is also on track to becoming Mississippi’s only AZA (Association of Zoos and Aquariums) accredited zoo or aquarium. Being accredited by AZA ensures that we are providing the best welfare for our animals, sharing impactful educational experiences and being a leader in wildlife conservation. AZA-member zoos and aquariums have participated in or supported more than 2,500 conservation projects worldwide, spending more than $200 million dollars annually.

Each time you purchase a ticket or support Mississippi Aquarium you are helping to save endangered species.

There are 31 animal species classified as "Extinct in the Wild" that are being bred in zoos and aquariums including the Red Wolf which roamed Mississippi until the 1960s. The red wolf was heavily hunted and coupled with habitat loss faced imminent extinction. In the 1970’s the last remaining pure wolves were captured and placed into zoos. The Point Defiance Zoo & Aquarium in Tacoma, Washington received 14 of these wolves for breeding, research and protection. Thanks in part to their efforts, there are now 256 red wolves in over 40 approved facilities with reintroduction efforts taking place on a North Carolina Wildlife Refuge.

The non-migratory Mississippi Sandhill crane is a genetically distinct subspecies of Sandhill crane that is extremely rare and critically imperiled. Historically this bird was a year-round inhabitant of the Coastal Plains of Louisiana, Mississippi and Alabama, but due to habitat loss and predation, is now only found in a small area in Jackson County. Mississippi established the Mississippi Sandhill Crane National Wildlife Refuge to provide protection and management of cranes and the unique habitat in which it depends. In 2012, there were ~100 cranes in the wild with 40 cranes living in zoos as part of a captive breeding program. Audubon Nature Institute in Louisiana and White Oak Conservation Center in Florida breed these birds for reintroduction back to Mississippi.

The tiny but beautiful Mitchell’s Satyr butterfly is one of the most endangered butterflies in North America and fragmented populations have been found in northeastern counties of Mississippi. Habitat loss, fire suppression, beaver eradication and wetland drainage have been the major factors leading to the loss of this species. Due to a lack of study, Mississippi has not designated habitat protections. The Toledo Zoo in Ohio developed a captive breeding program for the Mitchell’s satyr found in Indiana and Michigan with the goal of establishing a reintroduction program.

‍
The unique and ancient smalltooth sawfish was historically found in the Mississippi Sound and throughout the Gulf of Mexico. Today this species is endangered due to overfishing, habitat loss and limited reproduction. NOAA is working on the protection and recovery of the smalltooth sawfish by designating critical habitat for juveniles, reducing fishing mortality and minimizing human interactions. NOAA has joined forces with AZA to develop aquarium public outreach programs at Ripley’s Aquarium in South Carolina, the National Aquarium in Baltimore, Dallas World Aquarium, Downtown Aquarium Houston, and Audubon Aquarium in New Orleans. Additionally, Atlantis, Paradise Island in the Bahamas has over 100 experts working together to protect the smalltooth sawfish and is the first aquarium to successfully breed the sawfish.

Travel off the coast of Mississippi into the Gulf of Mexico about 50 miles and you’ll find yourself floating over The Alabama Alps, a Gulf of Mexico Habitat Area of Particular Concern located approximately 650 feet underwater. This fragile area is home to a deep-sea coral reef that provides shelter, feeding grounds, and nurseries for diverse, unique marine life, including eels, catsharks, fish, and crustaceans.

The study of deep-sea corals in the Gulf of Mexico is new to science with research starting in 2003. Since then, patchworks of these corals have been found scattered throughout the Gulf on the continental shelf at depths of 165 to 660 feet and on the continental slope from 1,200 to more than 9,000 feet. To study these communities, the use of expensive remotely operated vehicles and submersibles launched from research ships are necessary. The majority of the work has been funded by the federal Bureau of Ocean Energy Management, which manages the nation's natural gas, oil, and other mineral resources on the Outer Continental Shelf.

In 2018 these ancient, fragile coral communities received preliminary protections by the Gulf of Mexico Fishery Management Council. The council recognized 21 sites, totaling 484 square miles, as valuable habitat that plays an important role in the health and vitality of the Gulf of Mexico. These “Habitat Areas of Particular Concern” highlights priority areas for conservation, management, and research efforts. It will also recommend measures to avoid, mitigate, or offset any adverse impacts from activities such as oil and gas exploration and drilling and restriction of fishing trawls, traps, anchors, and longlines. There are 47 additional coral sites in the Gulf of Mexico that still await protection.

The Monterey Bay Aquarium Research Institute is studying deep-sea corals in the Pacific Ocean with projects that include collection of corals for study at the aquarium. Their goals include transplanting coral from healthy sites to restore sites that have been damaged. Aquariums will play a vital role in saving and understanding mysterious deep-sea coral.
‍

Mississippi Aquarium is excited to participate in this years Endangered Species Day hosted by The U.S. Fish and Wildlife Service. We encourage everyone to use this day as an opportunity to learn about the endangered species in your own backyard, and support the zoos and aquariums working so hard to ensure their survival.